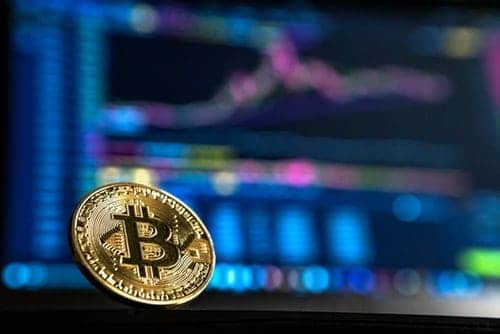 With the recent spike in the price of Bitcoin and other cryptocurrencies, many are re-entering the trade and are not always fully aware of how the income tax act is applied to these transactions. This could be confusing since cryptocurrency is an internet-based currency (and was included in the definition of a financial instrument recently) and is therefore not widely accepted as a form of payment in South Africa. As result, SARS does not view cryptocurrency as currency such as USD, Euro, etc. Such coin, or a portion of a coin, is viewed as an intangible asset instead. We will try and address some of the common questions here. However, be sure to contact your tax practitioner to correctly treat your transactions.

Question 1: Is there income tax due on the receipt of bitcoin?

Receipts are not always taxable. As an example, a gift of R10 000 from a father to his son would constitute a donation rather than a receipt which must be included as gross income. The same principal applies to inheritances, repayment of loans, and other similar transactions. In this regard, it is important to understand the definition of Section 1 of the income tax act. Without going into the deep technical aspects, an amount is taxed upon the receipt of “an amount, in cash or otherwise”, and at a the “earlier of receipt or accrual.” Thus, where cryptocurrency is used to pay for goods or services, such amount must be included as gross income due to the wording “otherwise”. This means that an asset was received as payment instead of money. The value of the asset could easily be established upon receipt and converted into a South African rand equivalent. The exception to this rule under the circumstance of a trade would be where a person became entitled to an amount first (the amount has accrued to the taxpayer) and the amount was included as income on the date of accrual. Legally, whichever happens first is the trigger point for inclusion of an amount as taxable income.

To simplify let us look at an example:

A taxpayer lists their Cape Town property as short-term accommodation for foreigners and advertises this with Airbnb. Let us assume that Airbnb collects the rent from the foreigner and holds on to this amount until the foreigners completed their stay and vacate the premises which occurred 25 February 2019. For illustrative purposes, assume that Airbnb allows cryptocurrency as a form of payment and the taxpayer accepts this medium of payment to save on foreign exchange costs and ease of transactions. The taxpayer would become entitled to the rental as on 25 February 2019 once the foreigners vacate the property since the contract would have come to fruition and this would be the trigger date for tax purposes. Hence, the income must be declared during tax year 2019. Let us assume that the payment was made by Airbnb to the taxpayer on 1 March 2019 which is a new tax period. Under this situation, the income would not be included as income again during the 2020 tax year since it was already declared on the date if accrued (which was the earlier).

Question 2 What are the tax consequences if I buy and sell cryptocurrency such as Bitcoin and Ethereum?

Step 1 here is to determine if there is a trade. If a trade exists, then buying and selling would require revenue and cost of sales to be determined by calculating each transaction so as to arrive at totals which could be placed on an income statement. Again, without going into complexities, included as part of the definition of a trade is where there is a scheme of profit making. Therefore, when an item (or an asset) is purchased and sold on a regular basis, it is highly unlikely to not be a trade. This is especially so when there are numerous transactions over an extended period. Once a trade is established, deductions against gross income may be considered. Under cryptocurrency, the largest deduction should be purchases as there are special rules for opening and closing stock. Further expenses may be deducted proving they are incurred in the production of income and as long any element of private usage has been stripped. As these transactions could become complex, we recommend using a tax practitioner (LINK TO OUR SITE). Where a profit is made, taxes must be paid to SARS and where a loss is made, such loss would be deducted against other income (Subject to SARS ring-fencing provisions under Section 20A) or could be carried forward to be offset against future profits on that trade.

Where a trade profit is made, provisional taxes must be paid to SARS before the last working day of August and February each tax year. Late payment means a penalty (which is unforgiving) and interest chargeable from the date the payment should have been received by SARS.

Where no trade exists and the asset is held for other reasons, the elements of a trade is absent, and the asset would be treated in the ordinary course as if any other financial asset. In this instance, a capital gain or capital loss would be accounted for. Be vary cautious as this is a grey line and these transactions could be argued otherwise by SARS.

Factors that would be considered when determining the transaction as a revenue-based transaction (a business) or a capital transaction include the below: 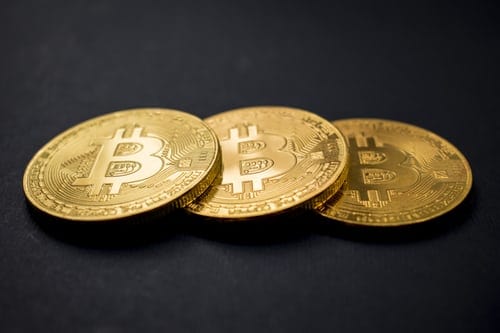 Question 3: Must a bitcoin trader register for VAT?

A person buying and selling cryptocurrency as a trade does not have to register as a VAT vendor as this has been classified as a financial instrument and is an exempt supply. This changes where cryptocurrency it used as a medium of exchange for a goods or services for which a trader needs to be a VAT vendor. In other words, where bitcoin or any other cryptocurrency is used to buy goods or services, VAT output is chargeable as it would be a business in the ordinary course. Where bitcoin is purchased and sold to repurchase new bitcoins, it is deemed a financial instrument and is an exempt supply and therefore, no VAT output or input could be charged or claimed.

Question 4: Is it compulsory to report my cryptocurrency transactions if I made a loss?

The short answer is yes. This is as SARS will not know if a profit or loss is made unless declared. It also affords SARS the opportunity to dispute the return submitted. Failure to report these transactions could lead to the imposition of an understatement penalty, interest and could even be regarded as tax evasion which could carry a term of imprisonment.

It would be easy for a person to make a statement that a loss was made and therefore no declaration needs to be made. Unfortunately, it is not that easy. Transactions must be recorded correctly and in terms of tax principles. For example, if 7 bitcoins was purchased for R1 000 000 and only 5 are sold, there would be closing stock which needs to be treated correctly. While the value of the asset changed, it would not yet be deducted against a person’s taxable income as it should be treated as closing stock instead. Furthermore, it is best to identify the closing stock with a specific purchase where possible in order to defend the value of closing stock. Where this could be done, any purchase may be elected and is carried forward as opening stock in the subsequent year as the closing stock’s value. A simple statement of “I made a loss” is therefore casual and not acceptable to SARS as SARS will expect a full reconciliation and for the taxpayer to discharge of their burden of proof that an amount is deductible. Again, use a tax practitioner to ensure the transactions and technical aspects are treated correctly and could be explained to SARS during any audit process. 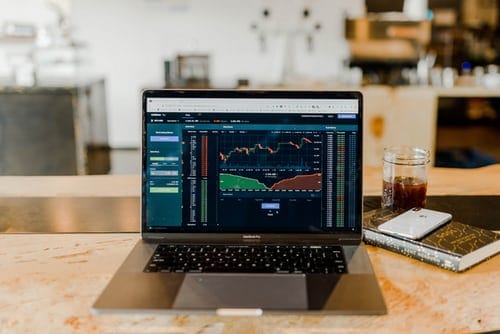 We have covered the basic tax consequences of cryptocurrencies and as could be seen above, these transactions could become complicated and good record keeping is required. Need help with your personal income tax return? FMJ Financial tax practitioners have extensive experience working with individuals and have helped countless individuals submit their income tax returns, catch-up with past returns and assisted in keeping taxpayers up to date with their returns as well as their provisional tax returns when there is a trade.