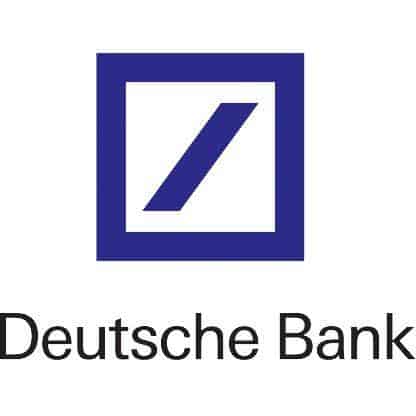 1) Deutsche Bank Revenue Falls Again on Fixed Income Trading Slump
Deutsche Bank AG can’t stop the shrinking even after it shed its unwanted businesses. Germany’s largest lender, reporting its first quarterly results after deciding to exit equities trading and slash a fifth of the workforce, saw revenue from its remaining businesses fall 4% in the third quarter, led by a slump in the investment bank.

2) Johnson Gets a Dec. 12 Election to Break Brexit Deadlock
The U.K. will hold an emergency election in six weeks’ time, in a critical poll that could finally settle the question of Brexit. Prime Minister Boris Johnson won backing in Parliament to trigger the snap vote in an attempt to break the deadlock that has paralyzed the country’s politics.

3) Opposition Meltdown Puts South Africa’s Key Cities in Play
A meltdown of South Africa’s official opposition and the resignation of its first black leader has left control of two key cities and their 104 billion-rand ($7.2-billion) budgets hanging in the balance.

6) Won Drops While Others Steady Ahead of Fed Decision: Inside Asia
South Korea’s won had the biggest loss while most other emerging Asian currencies were steady ahead of the Federal Reserve’s policy decision. Regional stocks fell, while bonds were little changed to higher.

7) Make or Break – Eyes on Apple for Asia Tech Run: Taking Stock
October has been treating Asian stock investors well: the region’s benchmark has gained 3.7%, on track for its third-best month of the year and beating the S&P 500 Index. That’s mostly thanks to the technology sector, especially chipmakers.

8) U.S. Keeping Eye on Iran Oil Buyers as Sanctions Squeeze Flows
The U.S. has a message for buyers of sanctioned Iranian crude: we’re watching you. The Trump administration routinely examines the effectiveness of its sanctions and is monitoring nations buying oil from Iran, said Kurt Donnelly, deputy assistant secretary for energy diplomacy from the Bureau of Energy Resources at the U.S. Department of State.