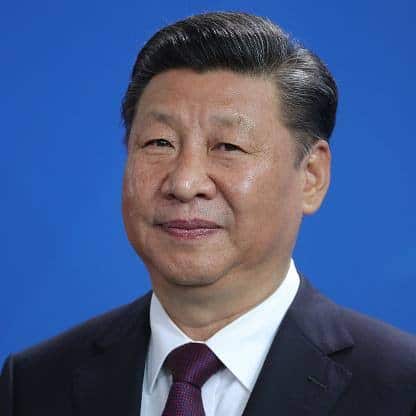 1) China Wants Trump Tariff Rollback as Price for Phase One Deal
China is seeking the roll back of U.S. tariffs on as much as $360 billion of Chinese imports before President Xi Jinping agrees to go to the U.S. to sign a partial trade deal with President Donald Trump, according to people familiar with the matter.

2) Xi Vows Commitment to Global Trading Order as U.S. Deal Nears
President Xi Jinping reiterated China’s commitment to economic openness and the global trading order, as officials close in on the first phase of a deal to end the trade war with the U.S. “China will give greater importance to imports. We will continue to lower tariffs and institutional transaction costs,” he said in a keynote speech at the start of a trade…

3) De Beers Cuts Diamond Prices by About 5% as Crisis Deepens
De Beers is taking more drastic steps to stem the crisis in the diamond industry by cutting prices across the board for the first time in years. The company, the world’s biggest diamond producer, lowered prices by about 5% at its November sale.

4) Shoprite Chairman Wiese Re-Elected Despite Investor Backlash
Shoprite Holdings Ltd.’s ordinary shareholders voted against the re-election of longtime Chairman Christo Wiese as non-executive director, yet his own superior voting rights ensured he’ll stay on the board for another term. View Share Prices for Shoprite.

6) Indonesia’s Growth Remains Subdued as Global Risks Mount
Indonesia’s economic growth was little changed in the third quarter as a global slowdown and trade tensions weighed on Southeast Asia’s biggest economy. Gross domestic product, the broadest measure of goods and services produced in the economy, rose 5.02% in the third quarter from a year ago, the slowest pace in more than two years.

7) Rand Advances With Investment Drive in Focus
South Africa’s rand is on track for a third day of gains against the dollar amid signs that the U.S. and China are inching toward a trade deal. The focus Tuesday will turn to the nation’s investment summit, in which President Cyril Ramaphosa hopes to attract more investments toward his $100 billion target.

8) Oil Steady as Investors Weigh Supply Against Trade Deal Optimism
Oil was steady near a one-week high as investors weigh expectations for expanding American crude stockpiles against signs of progress in the prolonged U.S.-China trade dispute. Futures were little changed in New York after advancing 4.4% over the past two sessions. View Brent Crude Oil Price.