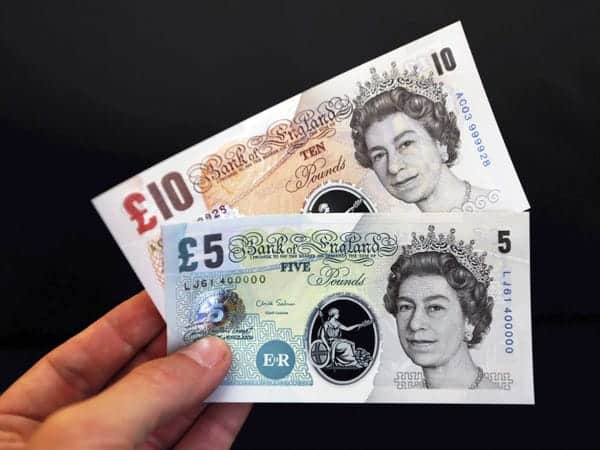 Convert pounds to rand online with our easy conversion calculator.

South Africa will continue to pursue bilateral and regional negotiations with the British government despite its planned exit from the European Union (EU) and hopes that there will not be disruption to the existing trading relationship during the implementation period.

WHAT A POUND STERLING IS AND WHERE IT IS USED

Pound sterling, commonly known as the British pound, is the fourth most-traded currency in the foreign exchange market, after the United States dollar, the euro, and the Japanese yen. Together with those three currencies and the Chinese yuan, it forms the basket of currencies which calculate the value of IMF special drawing rights. Since September 2019 pound sterling is also the fifth most-held reserve currency in global reserves.

Pound sterling is the official currency of the United Kingdom, Jersey, Guernsey, the Isle of Man, Gibraltar, South Georgia and the South Sandwich Islands, the British Antarctic Territory and Tristan da Cunha. The Falkland Islands, Gibraltar, and Saint Helena are all pegged at par to it.

HISTORY OF POUND STERLING, ALSO KNOWN AS THE BRITISH POUND

The pound sterling is the oldest currency still in use today, as well as one of the most commonly converted currencies.

Its origin dates to the year 760 when pound sterling was first introduced as the silver penny across the Anglo-Saxon kingdoms. In 1158, the design was changed, and new coins struck from 92.5% silver became known as the Sterling Pound. Silver pennies were used in England until the shilling was introduced in 1487 and the pound, two years later in 1489.

The first paper notes were introduced in 1694, with their legal basis being gold instead of silver. The Bank of England was one of the first central banks in the world, established in 1695.

Great Britain officially adopted the gold standard in 1816, though it had been using the system since 1670. The strength of the sterling that came with that led to a period of major economic growth in Britain that lasted until 1914.

The symbol £ is used for pound sterling and its ISO code is GBP. It is subdivided into 100 pence. The singular form is penny, abbreviated as p.

The term “British pound” is used in less formal contexts, but it is not an official name of the currency. Pound sterling is the full official name, mainly used in formal contexts and when necessary to distinguish the United Kingdom currency from other currencies with the same name.

A few other nations also have currencies called the pound although they do not use sterling. Common names for the British pound include the Pound Sterling, Sterling, Quid, Cable, and Nicker.

Theories regarding the origin of the term “pound sterling” include derivation from the Old English steorra for “star” with the added diminutive suffix “-ling”, to mean “little star” and to refer to a silver penny of the English Normans.

The currency sign £ is usually written with a single crossbar (as on modern banknotes exclusively although a variation with a double crossbar (₤) has been used intermittently since the earliest banknotes of 1725. The symbol derives from medieval Latin documents: the black letter “L”, the abbreviation for libra, the basic Roman unit of weight, incorrectly understood as equivalent to a latter-day pound in weight. In the pre-decimal currency system, the term £sd (or Lsd) for pounds, shillings and pence referred to the Roman words libra, solidus, and denarius.

The Bank of England (founded in 1694) is the central bank for the pound sterling, issuing its own banknotes, and regulating issuance of banknotes by private banks in Scotland and Northern Ireland.

As a member of the European Union, the United Kingdom could have adopted the euro as its currency, but since the subject was always politically controversial, the UK negotiated an opt-out on this. In 2008, when the Republic of Cyprus switched its currency from the Cypriot pound to the euro, the British sovereign bases on Cyprus (Akrotiri and Dhekelia) followed suit, making the Sovereign Base Areas the only territory under British sovereignty to officially use the euro.

The idea of replacing the British pound with the euro was always controversial with the British public, partly because of its identity as a symbol of British sovereignty and fears that it could lead to suboptimal interest rates, harming the British economy. The British pound and the euro fluctuate in value against one another, although movements in their respective exchange rates may correlate with other currencies such as the US dollar.

The result of the 2016 UK referendum on EU membership caused a major decline in the value of the British pound against other world currencies as the future of international trade relationships and domestic political leadership became uncertain.

THE RAND AND WHERE IT IS USED

The rand is legal tender in the common monetary area between South Africa, Eswatini, Lesotho and Namibia, although the last three countries have their own currencies attached to the rand’s value. Before 1976 the rand was legal tender in Botswana too.

ORIGIN OF THE WORD RAND

The rand got its name from the Witwatersrand (English “white waters’ ridge”), the ridge upon which Johannesburg is built and where most of South Africa’s gold deposits are mined.

DENOMINATIONS, ABBREVIATIONS, VALUATIONS OF THE RAND

When referring to the currency, the abbreviation is usually upper case “R”, but the name is written “rand” in lower case in both English and Afrikaans.

The rand is subdivided into 100 cents (sign: “c”) and its ISO 4217 code is ZAR, from Zuid-Afrikaanse rand (South African rand); the ZA being a historical relic from Dutch and not used in any current context except the country abbreviation.

HISTORY OF THE SOUTH AFRICAN RAND AS CURRENCY

As a trading centre, multiple currencies circulated throughout South Africa, with the first official currency used the Guilder. During the late 17th century, the Rixdollar was used, the first South African currency to include paper notes. Since 1826, from British occupation, the country used sterling, while other currencies like Spanish dollars, US dollars, French francs, and Indian rupees continued to circulate.

The Reserve Bank of South Africa was established as the central bank in 1921 and on 14 February 1961, three months before the Union of South Africa became a republic, the rand was introduced as its official currency. It replaced the South African pound as legal tender, at the rate of two rand to one pound, or 10 shillings to the rand.

In the 1990s, the notes were redesigned with images of the Big Five wildlife species and coins were introduced for the 2- and 5-rand. In 1994, 100- and 200-rand notes were introduced. In 2012 a new set of banknotes bearing Nelson Mandela’s image was issued.

The rand has developed into a liquid emerging market currency, most commonly traded against the US dollar. Despite originally enjoying strong value in the ever-changing international economy, the system of Apartheid in South Africa ultimately caused the rand to lose footing on the global market.

From the time of its inception in 1961 until late in 1971 one rand was worth US$1.40. thereafter its value fluctuated as various exchange rate dispensations were implemented by the South African authorities. In 1974 the South African authorities delinked the rand from the dollar and introduced a policy of independent managed floating. At the time it was trading at 87 cents to the dollar.

Several factors however affected the exchange rate. By the early 1980s, high inflation and mounting political pressure and sanctions due to international opposition to the apartheid system, had started to erode its value. By 1985 it had weakened to R 2.40 per dollar, recovered somewhat between 1986–88, but by the end of 1989, was trading at more than R 2.50 per dollar.

The controversial land reform programme of Zimbabwe, followed by the September 11, 2001 attacks, sent it to R 13.84 to the dollar in December 2001.

This sudden depreciation led to a formal investigation, in turn leading to a dramatic recovery but in 2006 resumed its downward slide. In January 2014, the rand slid to R11.25 to the dollar and over a four-day period in December 2015, it dropped over 10% due to a surprise replacement of then Finance Minister Nhlanhla Nene with the little-known David van Rooyen. This further damaged international confidence in the rand, causing an all-time low of R 17.9169 to the US dollar on 9 January 2016.

In 1983, the apartheid government abolished the financial rand exchange rate system and key international banks refused to renew credit lines for South Africa, which forced the temporary closure of the foreign-exchange market in the country.

View the live exchange rate between 1 pound to rand today.

FAQ’s on Pound to Rand

What is the pound to the rand?

Please click on the link to view the live realtime rate of Pound to Rand.

What is the Pound?

The British pound is the official currency of the United Kingdom.

What is the Pound Sterling Official Currency Symbol?

Can I convert pounds to rand on SAShares?

Yes, you can. We have a realtime conversion calculator.

Can I trade currencies in SA Shares?