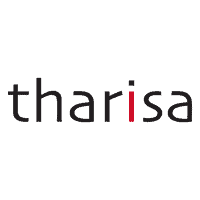 1) Eskom Blackouts Sow Doubts on Rescue Plan, South African Growth
South Africa’s cash-strapped state power company imposed a second day of controlled blackouts, jeopardizing a recovery in the continent’s most-industrialized economy as investors await a government plan to restructure the utility. The nation is still struggling from outages in the first quarter that contributed to the biggest economic contraction in a decade.

2) Tharisa Has Right to All of $4.2 Billion Zimbabwe Platinum Mine
Tharisa Plc, the publicly traded South African platinum and chrome miner run by the Pouroulis family, has the right to take over a platinum mine project in Zimbabwe that could ultimately cost $4.2 billion. The company in June last year paid $4.5 million for a 26.8% stake in Karo Mining Holdings Ltd., also run by the family. Karo is overseeing the project, which is seen by the government as key to reviving the economy from a two-decade slump. View Share Prices for Tharisa Plc.

4) S. Africa Cabinet Approved Integrated Resource Plan: Mantashe
South Africa’s cabinet approved a master plan that will determine the country’s electricity generation mix until 2030, Mineral Resources and Energy Minister Gwede Mantashe said by text message on Wednesday. The Integrated Resource Plan, which has been years in the making, maps out South Africa’s energy mix for the next decade. It will lay out how much of the country’s electricity will be generated from coal, nuclear and renewable sources.

6) South African Stocks Boosted by Richemont as Eyes Are on Eskom
South Africa’s main stock index climbs 0.2% as of 9:57am, with benchmark heavyweight Richemont providing the strongest support to the market after positive figures on watch sales. Investors are awaiting potential news about crisis- wracked state utility Eskom, which has announced a second consecutive day of rolling blackouts. * The government may brief reporters on what was decided about Eskom at Wednesday’s cabinet meeting.

7) As World Wavers on Free Trade, Africa Embraces It
Amid trade tensions between the U.S., China and Europe, and the U.K.’s fraught departure from the European Union and single market, African leaders are moving in the opposite direction to establish the world’s largest free-trade zone.

8) Brexit Cheer Hands Fresh Fuel to Emerging Markets
The Czech koruna, Hungarian forint and Polish zloty were among the biggest winners in emerging markets after the European Union and U.K. said they reached a deal on Brexit. Stocks rallied, capping their longest winning streak since April. Eighteen of 24 emerging-market currencies tracked by Bloomberg advanced, led by South Africa’s rand. The Turkish lira was the only currency to weaken.