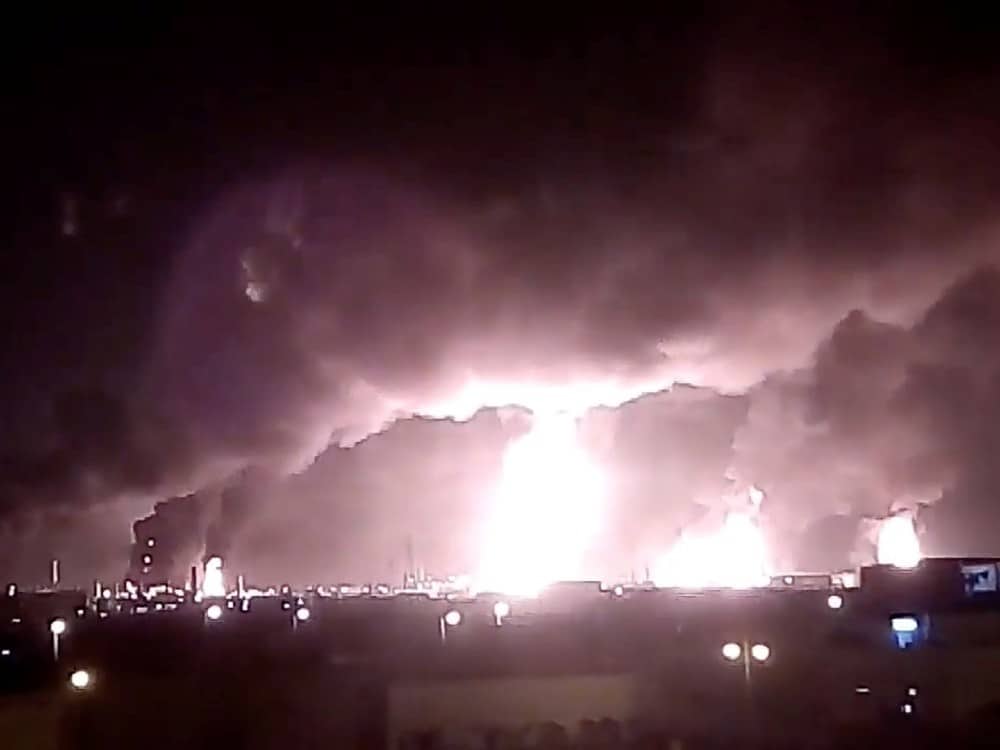 1) South Africa Rate-Cut Hopes Fade as Saudi Oil Attack Adds Risk
The assault on Saudi Arabian oil facilities is already taking its toll on South Africa’s rand, and may put paid to any hopes of an interest-rate cut on Thursday. The spike in crude oil prices, together with the rand’s slide since the attack on Saturday, has prompted traders to lower odds on a rate reduction to about even, from close to three-in-four at the end of last week. Even though inflation has been anchored within the central bank’s target range …

2) Zimbabwe’s Currency Rout Makes Argentina’s Seem Like a Blip
If you thought Argentina’s currency crisis was bad, spare a thought for Zimbabwe. Measures to protect the Zimbabwe dollar — including sky- high interest rates — seem to be coming to naught. Since the southern African nation allowed formal trading of what was effectively a new currency in February, the unit has depreciated to 13.52 per U.S. dollar, from 2.50.

4) Prosus Is Helping Some Big Mideast Stocks Just When They Need It
Prosus NV, which listed in Amsterdam last week, is providing an indirect boost to some of the biggest shares in the Middle East just as geopolitical risk surges in the region. The tech-investments unit of South Africa’s Naspers Ltd. was deleted from a major emerging-markets benchmark compiled by MSCI Inc. Monday and moved to the developed markets category. View Share Prices for Naspers Ltd.

5) What African Central Bankers Will Discuss in the Next 10 Days
Central banks in sub-Saharan Africa, already missing out on the global monetary-easing parade, just got one more reason to stay on the sidelines. Monetary authorities in key economies in the region will likely decide to hold interest rates when they meet in the next 10 days.

6) Dubai’s DSA Leads Bid for Mines Once Owned by Guptas, Glencore
Dubai’s DSA Investments has teamed up with two South African companies to bid for coal assets that Glencore Plc was pressured into selling to a company controlled by the politically connected Gupta family in 2015. View Share Prices for Glencore Plc.

7) BRICS Bank’s First Local-Currency Loan Is for South Africa Roads
The New Development Bank, the multilateral development institution set up by members of the BRICS group of countries, has extended its first loan in local currency by providing 7 billion rand ($477 million) for South African roads. The 15-year loan to the South African National Roads Agency SOC Ltd. will be guaranteed by the country’s government and still needs the approval of the transport and finance ministers.

8) South African Stocks Snap Four Days of Gains as Banks Retreat
South Africa’s benchmark share index halts four-day rally, falls as rand weakness prompts declines in banks and retailers, and as Naspers and Prosus drop. * Main index down 1.1% by 10:08am in Johannesburg * Monday saw foreign investors buy 6.3b rand of South African shares, according to exchange operator JSE, the most since March 2009, according to data compiled by Bloomberg.