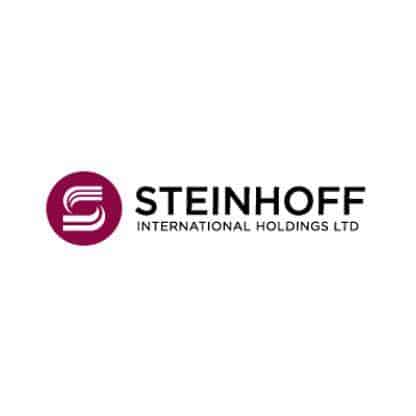 1) Steinhoff Mulls Sale of 25% of European Unit in IPO Next Year
Steinhoff International Holdings NV is considering the sale of about a quarter of Pepco Group through an initial public offering that could value the European retailer at more than 4 billion euros ($4.4 billion), according to people familiar with the matter. View Share Prices for Steinhoff Internation Holdings NV.

3) MTN to Sell $534 Million of Towers to Get Disposal Plan on Track
MTN Group Ltd. is in advanced talks to sell stakes in tower assets in Ghana and Uganda worth as much as 8 billion rand ($534 million) as Africa’s largest wireless carrier looks to accelerate a broader disposal plan. The South African company is looking to exit joint ventures with American Tower Corp., which expanded on the continent with the acquisition of Eaton Towers Ltd. in May. View Share Prices for MTN Group Ltd.

4) Budget Speech Ruins the Party for South Africa’s Rand and Bonds
Until this week, October was looking like a good month for South Africa’s currency and bonds. Finance Minister Tito Mboweni’s dismal budget statement changed all that.

5) Steinhoff in South Africa Court Battle Over PwC Report, FM Says
The global retailer is being challenged in a South African court by two media outlets to release the 7,000- page report compiled by PwC, the Johannesburg-based Financial Mail reports, citing the filing.

6) Leading Maggot Farmer to Expand From Cape Town to California
The company behind the world’s first industrial-scale maggot farm based on organic waste plans to kick off its international expansion with a plant in California next year, taking advantage of two global problems: a shortage of protein and an abundance of trash.

7) Implants to Contract Mine Previously Earmarked for Sale
Impala Platinum is progressing plans to outsource operations at Shaft 1, one of its oldest mines, as it works to exit costly, deep level operations.

8) Why Eskom’s Power Crisis Is South Africa’s Top Risk: QuickTake
A crisis at South Africa’s dominant electricity supplier, Eskom Holdings SOC Ltd., threatens the nation’s economy. The state-owned utility can’t cover its costs and make the huge interest payments on its mountain of debt. Its poorly maintained power plants are struggling to meet demand, and it has gone through 10 chief executive officers in a decade. Goldman Sachs Group Inc. describes Eskom as the biggest risk to the country’s economy.