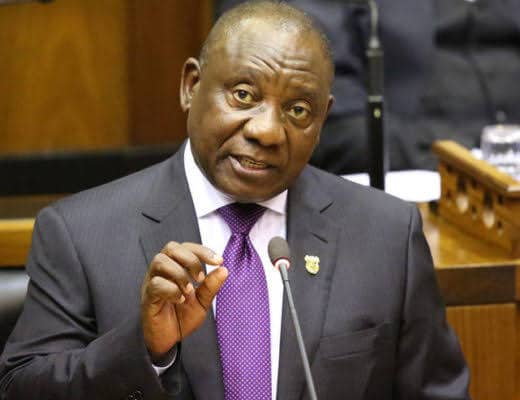 1) South Africa Makes Headway in $100 Billion Investment Drive
South African President Cyril Ramaphosa said his administration is on track to lure $100 billion in new investment within five years, with more than $16 billion already committed and many more projects in the pipeline.

3) Eskom Bonds Punished as Investors Clamor for Faster Turnaround
Some investors are getting out of Eskom Holdings SOC Ltd. dollar bonds amid concern South Africa is taking too long to implement a turnaround plan and explain what it will do about the utility’s $35 billion of debt. Yields on the struggling power company’s dollar bonds due 2025 climbed to a one-month high on Wednesday, even though the government’s 138 billion rand ($9.3 billion) bailout has bought it some time to reorganize its finances.

5) Impala Platinum Gains Most in 8 Weeks After Increasing Pay Offer
Impala Platinum gains as much as 6.3% in Johannesburg, the most since Sept. 12, after the miner increased its wage offer in a bid to break a deadlock in pay negotiations with the biggest union in the sector. View Share Prices for Impala Platinum.

7) Bearish Rand Bets Wane as Markets Tread Water: Inside S. Africa
Traders cut bearish bets on the rand to a 19-month low as South Africa’s currency halted three days of gains amid an absence of fresh news flow on U.S.-China trade negotiations. On the local front, investors are waiting for developments on Eskom, including the appointment of a new chief executive to lead the electricity utility through its restructuring.

8) South African Stocks Gain as Miners Lead Advance; Banks Retreat
South Africa’s main stock index rises 0.3% as of 9:56am in Johannesburg as investors continue to focus on trade talks between the U.S. and China, while awaiting fresh impetus in signs of a breakthrough. A sixth day of gains for the benchmark index is curbed by weakness in banks as the rand pauses its rally.