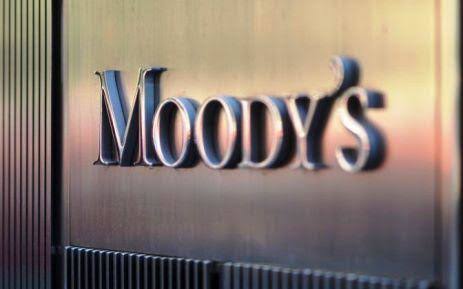 1) Here’s What Awaits South Africa If Moody’s Downgrades It to Junk
Most analysts following South Africa expect it to lose its final investment-grade rating. But they disagree over when that might happen and what the consequences would be. The gloomiest reckon it would trigger more than $10 billion of outflows and cause the rand to weaken to its lowest level in almost four years.

2) Shoprite Loses Independent Director After Wiese Re-Elected
Shoprite Holdings Ltd.’s lead independent director, Shirley Zinn, resigned abruptly, two days after Christo Wiese’s almost 30-year stint as chairman was extended despite a majority of investors voting against his reappointment to the board. Africa’s biggest supermarket chain is now down to five non- executive directors and the company gave no reasons in a statement on Wednesday for Zinn’s departure. View Share Prices for Shoprite.

3) South Africa Business Confidence Stays Close to Three-Decade Low
South African business confidence remained close to a three-decade low in October as power outages resumed and the medium-term budget policy statement showed a deterioration in government finances. A sentiment index compiled by the South African Chamber of Commerce and Industry fell to 91.7 from 92.4 in the previous month, the business group said in an emailed statement Thursday. That’s the worst start to the fourth quarter since 1985.

4) PPC Shares Drop to 19-Year Lows After Zimbabwe Unit Hits Profit
PPC Ltd. shares plunged to their lowest in almost two decades after South Africa’s biggest cement maker warned that it may report a loss for the six months through September. The hyper-inflationary environment in Zimbabwe and difficult trading in PPC’s home market are among factors hurting the business, the Johannesburg-based company said in a statement on Thursday. View Share Prices for PPC Ltd.

5) South African Manufacturing Contracts in Worst Run Since 2017
South Africa’s manufacturing output contracted for a fourth straight month in September, matching the longest such streak since mid-2017. Production shrank 2.4% from a year earlier, compared with a revised 1.5% contraction in the previous month, the Pretoria- based Statistics South Africa said in a statement on its website Thursday. The median estimate by seven economists in a Bloomberg survey was for a 0.9% decline.

6) U.S.-China Trade Deal Could Strengthen Rand Beyond 14.50/USD
“The decision by Moody’s last week to move only South Africa’s ratings outlook and not the actual rating paves the way for USDZAR to become less sensitive to fiscal/Eskom developments in the short run and to trade like a high-beta proxy for the global EM FX market,” says Nimrod Mevorach, a strategist at Credit Suisse in London, in a note to clients. * “Growing optimism about a U.S.-China trade deal is likely to continue to weigh on long USDZAR positions.

7) South African Stocks Extend Rally on Refreshed Trade Optimism
Main South African stock index rises 0.4% as of 10am in Johannesburg, with miners and banks among the leading gainers, after China says it has agreed with the U.S. to proportionally roll back tariffs on each other’s goods in phases.

8) Rand’s Correlation With Yuan Back Now That Budget Is Over
The rand’s correlation with China’s yuan is reasserting itself after briefly turning negative in the wake of last week’s South African budget statement, which forecast a widening deficit and soaring debt.