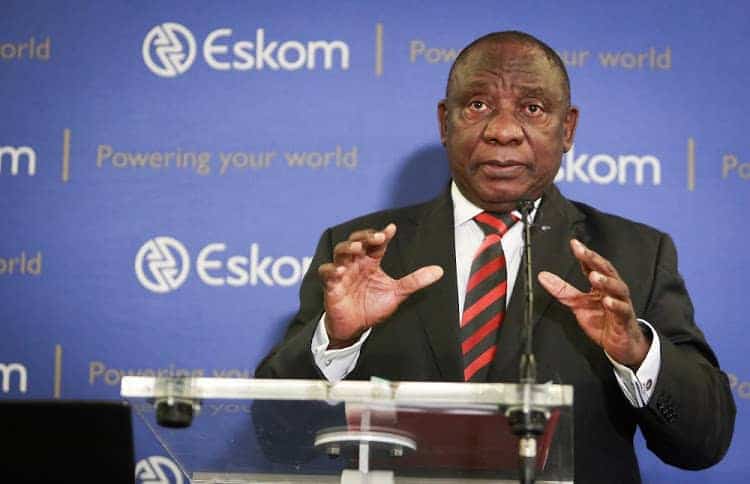 1) Key Ramaphosa Ally Hinders Effort to Fix Power Supply Crisis
South Africa has been hit by rolling power cuts less than a month after President Cyril Ramaphosa gave renewed assurances that energy constraints were being addressed, making his pledges ring hollow and highlighting his administration’s inability to tackle the crisis.

2) South Africa Power Cuts to Weigh on Factories in 2020, PMI Shows
Sentiment in South Africa’s manufacturing industry may worsen due to power cuts. A gauge tracking expected business conditions in six months’ time, as part of Absa Group Ltd.’s Purchasing Managers Index, fell to 45.9 in December from 47.4 in previous month, the Johannesburg-based lender said in an emailed statement Wednesday. That compares with 67.2 points at the start of 2019, a year in which factory output contracted for five straight months. View Share Prices for Absa Group Ltd.

4) South Africa’s School Pass Rate Improves for Fourth Year
South Africa’s school pass rate rose for a fourth consecutive year to the highest since the end of apartheid. Of the 790,405 learners who sat for the exams late in 2019, 81.3% passed, Basic Education Minister Angie Motshekga said Tuesday at an event in Midrand, north of Johannesburg.

5) Junk Status May Make S. Africa Real Yield All The More Appealing
The real yield on South Africa’s 10-year debt is already among the highest in the world. But an expected downgrade to junk later this quarter could make it even more juicy, according to Citadel Holdings Ltd. Bond yields adjusted for inflation hover around 5.4% for government bonds due January 2030, near the widest gap since 2005. The bonds, which enjoy an investment-grade rating, pay more than the debt of lower-rated countries such as Brazil.

7) First Great White Shark Seen Off Cape Town in 20 Months
The first great white shark in 20 months has been spotted in False Bay off Cape Town, easing concern that one of the region’s biggest tourist attractions had gone for good. The shark was spotted by the operator of a cage diving operation off Seal Island, said Gregg Oelofse, who oversees coastal management for the City of Cape Town.

8) Anglo American Saves England’s Dream of a Giant Potash Mine
Anglo American Plc has moved to buy a giant U.K. potash mine that was running out of money, adding another major growth project for the century-old miner.