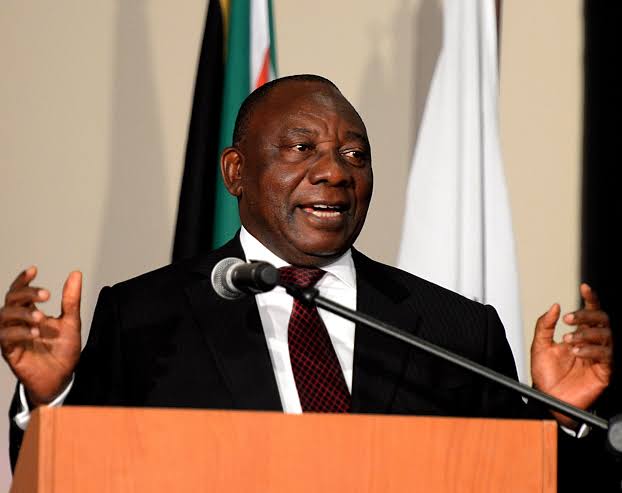 1) Ramaphosa Pledges Tough Love for Ailing South African Firms
President Cyril Ramaphosa said he’s ready to make tough decisions about the future of South Africa’s struggling state-owned companies, after placing the national airline into bankruptcy protection last week. “Business rescue is not the preferred option for fixing our state-owned enterprises, nor would it be necessarily advisable in other circumstances,” Ramaphosa wrote in his weekly open letter to the country.

2) South Africa Braces for a Week of Rolling Power Blackouts
South Africa’s struggling power utility warned rolling blackouts may continue throughout the week as electricity cuts extended to a fifth day. Eskom Holdings SOC Ltd. announced it will cut 4,000 megawatts from the grid on Monday, double the initial prognosis, after losing additional generating units at its power stations.

3) Prosus Raises Just Eat Bid as Food Delivery War Intensifies
Prosus NV has raised its bid for U.K. food delivery firm Just Eat Plc as it tries to win over investors and beat out an offer from rival Takeaway.com NV. The technology investment company, spun out of Naspers Ltd., increased its cash offer by 4.2% to 740 pence per share, valuing Just Eat at about 5.1 billion pounds ($6.7 billion), Prosus said in a statement on Monday.

4) South African Airways May Only Get 5% of Money Owed by Zimbabwe
South African Airways, the national airline that’s entered a form of bankruptcy protection, may only be offered 5% of the $60 million that its owed by neighboring Zimbabwe in funds from ticket sales and hasn’t been able to extract from the country.

6) Ramaphosa Faces Party Bid to Oust Him Over Reforms, Citizen Says
South African President Cyril Ramaphosa’s opponents within the ruling party are plotting to oust him over reforms that they say are failing to benefit the poor, the Citizen reported, citing people it didn’t identify. A campaign being led by African National Congress Secretary-General Ace Magashule aims to discredit him over economic policies that his opponents argue are supplanting the party’s pro-poor stance, the Johannesburg-based newspaper said.